My moment with Soderbergh 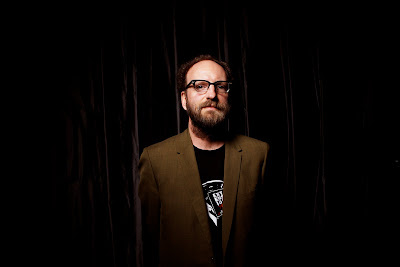 The story behind this linked article and photograph:
http://www.slamdance.com/forum/permalink/2008/12/11/201728.html
Slamdance asked me to photograph Steven Soderbergh. I said okay. They told me to come to the IFC center off 6th Ave. where there would be a screening of his film, Schizopolis, and a Q&A session afterwards. Then I was to photograph him...
Sounds easy enough. Never is.
I arrived there about 20 minutes before 7 with my photo assistant Logan and my battery powered Lumedyne lights fully charged and ready to go.
I have photographed celebrities before and the thing about celebrities is that they are a multi-layered beast who have minions designed to 'protect' them from harm. Whether it's their agent, publicist, manager, BFF, or what not, it is difficult to get permission to photograph a celebrity. And here's the other thing, once you get permission they usually slot you within his or her schedule...and that slot can consist of anywhere between 1 minute to 1 hour. Yes, 1 minute to photograph someone.
So, I arrived at the IFC Center with Logan, lights and camera when I was informed that Slamdance was "not sure" if Steven was cool with me photographing him. "Not sure" usually means that in order to get someone somewhere they didn't mention to that someone everything that somebody wanted that someone to be aware of, just in case that someone didn't want something to happend during that time that someone was somewhere.
Follow me?
The only choice I had was to convince Paul to interrupt Steven for a moment before he flees the scene for me to run up with Logan and blind him with my lights.
And that's essentially the direction we headed.
As the Q&A ended Logan and I sprinted toward Steven. Logan carried one of my lights on it's stand like a banner and I slipped past participants who wanted to tell Steven how awesome they thought he was and if he had a sec if he could look at their reel...
I stood by Steven and Paul with my gigantic camera in hand and waited as people hounded him. This was pissing me off because I knew that the more other people delayed Steven with anything the less time I would have to photograph him. So I mentally kicked Paul - - -
"Hey Steven, would you mind for a quick photograph for Slamdance?"
Steven turned, glanced at Logan and I and probably pondered..."Fight or flight?"
Luckily Steven acquised: "Okay, I have a couple of minutes."
Quickly Logan moved into position as did I.
To get Steven's mind off me I told him. "I saw Schizopolis in the theatres years ago, the UC Theater in Berkeley. That was such a great theatre, they played a lot of foreign and independant films before they got shut down."
Steven stared at me blankly.
"That's great." he said.
Fuck, i thought, I may have loosened him up for a second but now i sound like all the other film geek fans.
I tried again.
"Your film was important to me."
He looked at me again, instead of the lens.
I continued.
"I was in a weird place back then and the film made me laugh. It was such a gem at that time for me, it's hard to explain."
Soderbergh gave me a nod. "Thanks...I guess."
I laughed.
"Turn your head a bit this way."
One and a half-minutes later I could tell Steven was done.
"Okay, thank you."
Steven smiled and turned to walk out when Parker Posey stepped out of the darkness to say hi. (I would love to photograph Parker Posey.)
I turned to Logan and nodded, "We're done."
at August 20, 2010

Hi Everyone Week 3 at home and although i'm working from home, I feel like i'm getting worked over at home. But I have made som... 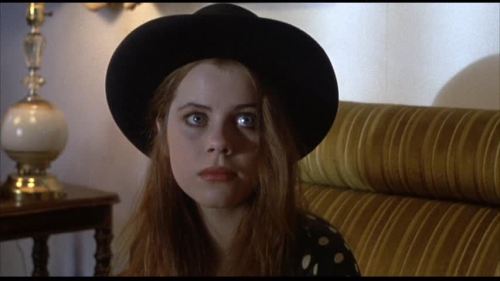